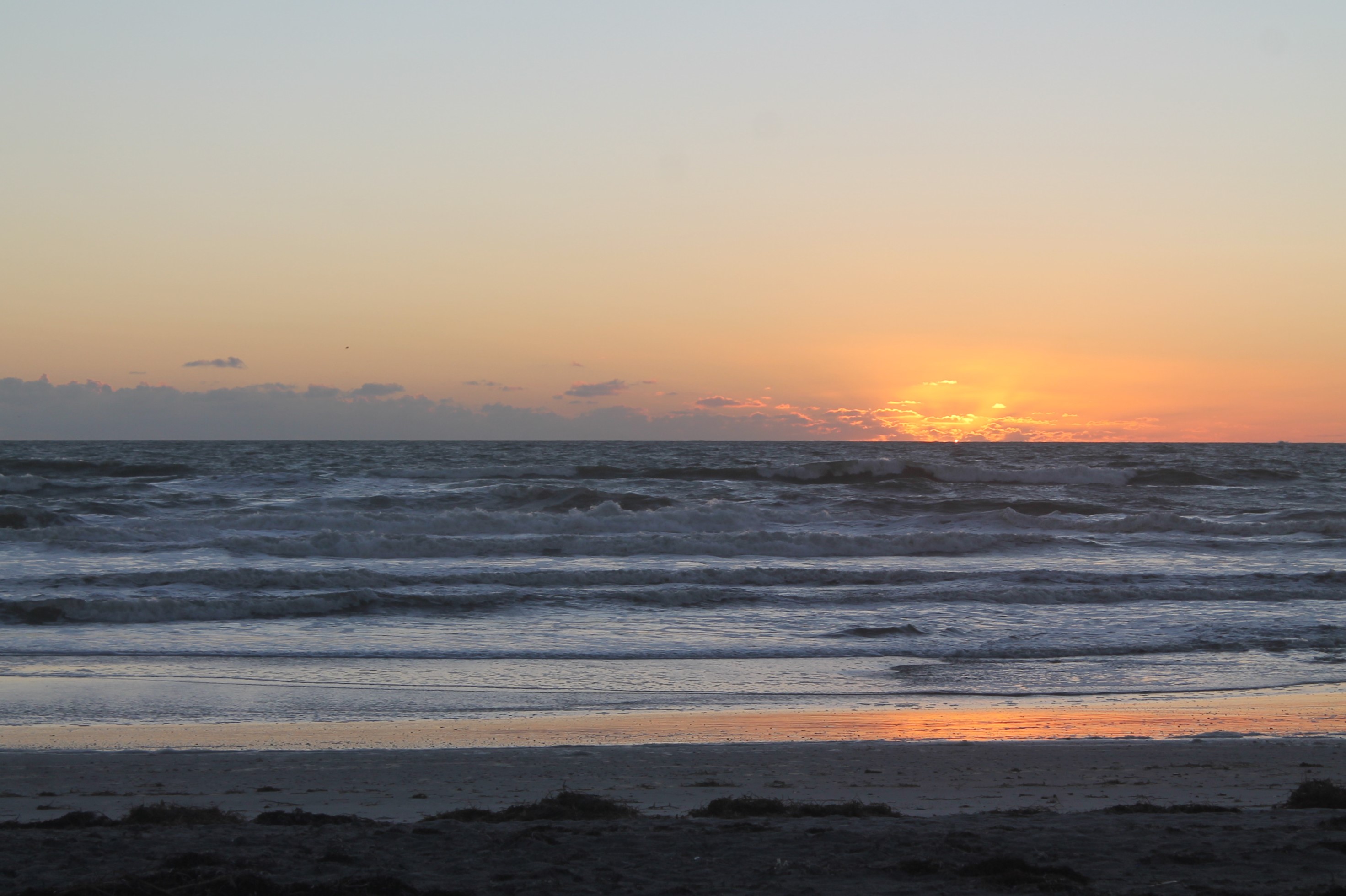 In recognition of Mother’s Day this Sunday (12 May 2019), I offer three portraits of biblical mothers who overcame their less-than-ideal circumstances and produced amazing kids (one way or another).

When Naomi’s husband and both her sons died, she remained in Edom with no family and no way to take care of herself. It’s not a surprise she decided to return to her own people. What does surprise is the commitment Ruth, her daughter-in-law, made to Naomi. (For more on Ruth’s side of the story, see my recent post, Blessed Are: The Meek.) At first, Naomi was like, “whatever,” about Ruth’s refusal to leave her. She was still full of grief and even told people to call her Bitter.

Naomi rose from her grief and
directed Ruth toward a happy future.

But Naomi rose from her grief and directed Ruth toward a happy future. She advised Ruth on local customs and on finding another husband. Boaz turned out to be a wonderful husband for Ruth, and Naomi got to hold her grandson on her lap.

Then Naomi took the child in her arms and cared for him. The women living there said, “Naomi has a son!”  –Ruth 4:16-17a

Ruth may have gained another mother-in-law when she married Boaz, but something tells me Naomi remained an important and influential part of her life.

Hannah desperately longed for a child—just one child! Finally (to make a long story short), after pleading to God for years, God blessed her with a son after Hannah promised to give Him back to the service of God. Hannah kept Samuel until he was weaned (probably about three years), then she left him at the temple with the old priest, Eli.

Hannah released Samuel, but
she didn’t disregarded him.

God blessed Hannah with five other children after Samuel (1 Samuel 2:21), but she never stopped being Samuel’s mother. Just because she released him doesn’t mean she disregarded him. Every year, she faithfully brought him a new cloak (1 Samuel 2:19).

We know so little about Timothy’s mother, Eunice. What’s the story behind her marriage to a non-Jewish guy (Acts 16:1)? And how did her mother, Lois, feel about it? Paul said to Timothy,

I am reminded of your sincere faith, which first lived in your grandmother Lois and in your mother Eunice and, I am persuaded, now lives in you also.  –2 Timothy 1:5

It seems Timothy’s father wasn’t one of those “God-fearing Greeks” like the ones who joined Paul and Silas in Thessalonica (Acts 17:1-4), and yet Eunice raised Timothy to fear God, love others, and follow the Law. Sometime after Jesus came to earth and changed everything, both Eunice and Lois shifted their devotion, becoming Christ-followers.

Eunice navigated her cross-cultural marriage while consistently instilling her faith into her son. She didn’t let her circumstances excuse her from diligence in faith matters.

Naomi’s grandson, Obed, was the grandfather of King David and in the lineage of Jesus (Ruth 4:17).

Eunice’s son helped the Gospel spread around the world and was the recipient of two letters that influence Christian thinking even today (1 and 2 Timothy).

These women had unconventional mothering rolls, but they were exactly where God wanted them to be, doing what He wanted them to do. This Mother’s Day…okay, every day…let’s celebrate the mothers around us who may not look or act like your “typical” mom, if there is such a thing.

Being a mother–and “owning” that role–has always taken many forms, as far back as biblical times. Even #MothersDay is #NotAboutMe, via @Carole_Sparks. (click to tweet)

Have you ever had something completely blow up in your face when you thought it was going to be awesome? Have you ever tried really hard to do the right thing but it turned out to be the completely wrong-as-possible thing to do? The kind soul will tell you afterward, “Well, it’s the thought that counts,” but you know you’ve caused embarrassment—maybe even pain—completely without intending it. 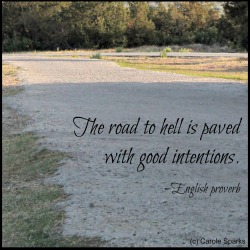 I used to comfort myself when this happened to me by quoting 1 Samuel 16:7 in which God tells Samuel, “People look at the outward appearance, but the Lord looks at the heart.” If God could see my heart, and he knew that I meant well, then that should be enough.

Were my “good intentions” not enough to please God?

Even if I totally “screwed up,” hurt people’s feelings, or damaged God’s reputation, it was okay as long as “my heart was in the right place,” right? Well…

A couple of good-looking kings

In 1 Samuel 9, God chose a king for the Israelites based on appearances. He was tall, good looking, stately, as handsome a young man as could be found anywhere in Israel (1 Samuel 9:2). If wars were fought as beauty pageants, Saul would have conquered all Israel’s foes! But Saul turned out to have some heart problems, not because of cholesterol but because of covering up his disobedience.

So God sent Samuel to anoint a second king for Israel. Samuel leaned toward a young man who looked a lot like Saul, but God stayed his hand. They went through all the sons of Jesse until they came to the youngest. David was young and probably stinky from tending the sheep, but he had a fine appearance and handsome features (1 Samuel 16:12).

God does care about the external…
just not in the way we think of externals.

Wait. Really? He was good-looking too? I wanted him to be kinda ugly so God could make His point more clearly: that He doesn’t care about appearances. But God does care about the external…just not in the way we think of externals.

The main difference between Saul and David was the condition of their hearts. God knew that David’s heart was pure where Saul’s was not and never had been. David will end up doing far worse things than sparing some tasty-looking sheep and cattle from complete annihilation (1 Samuel 15:14). Umm, remember Bathsheba and Uriah (2 Samuel 11)? Yeah. But David repents. In his heart, he wants to please God while Saul never gets past pleasing himself. That’s the difference.

Back to my question. If my heart is in the right place, that’s all that matters, right? I mean, David had good motives and Saul had bad motives. David was forgiven and Saul was rejected.

Well, it’s not that simple. Motives are extremely important. (I wrote a whole blog post about them.) Charles Spurgeon said this:

“It is not enough to do the correct thing; it must be done in a right spirit, and with a pure motive. A good action is not wholly good unless it be done for the glory of God, and because of the greatness and goodness of his holy name.” –Charles Spurgeon

But “outward appearance”—the part that people see—also counts for something. God didn’t say, “Looks aren’t important.” In fact, He thought it important for us to know that both kings were attractive. He simply reminded Samuel that He could see more than the outward appearance. (I’m resisting the urge to go off on a tangent about judging people right now.)

For us today, it’s not about being tall or having a “fine appearance”–thank goodness! It’s about living out the Christ-life attractively. Our actions matter because they affect other people and impact God’s reputation. It plays out like this:

As long as we live on earth, we’re going to mess up—sometimes royally. But like David, those failures must be followed by repentance and a plea for forgiveness, not a cover-up, like Saul. If I “screw up” or hurt someone, even if my motives were as pure as possible, I can’t just wash my hands of it with an “Oh, I meant well.” I have to correct it with the other people involved and try to learn from it personally. Take comfort in the fact that we are still being made holy (Hebrews 10:14). We can expect those times of failure to become fewer as we mature in Christ.

So how do we fix it?

My common sense told me
I was right, but it was wrong.

My problem back there at the beginning was that I didn’t listen to the Holy Spirit. My common sense, which is not omniscient, told me I was right, but my common sense was wrong. As I learn to heed His leading, my intentions join my actions in bringing Him glory.

And also, I experience a lot less embarrassment.

“God sees the heart” is not an ‘out’ for good intentions gone awry. #NotAboutMe #motives (click to tweet)

What about you? What well-known Bible verse have you misappropriated? OR How does this verse in 1 Samuel affect your life? Let’s start a conversation!